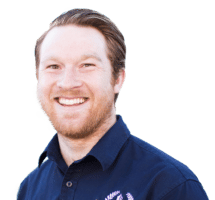 SEER vs EER: Which is more Important in Houston, TX?

There are two prevailing ways to measure the energy efficiency of the cooling portion of an HVAC system. Air conditioning efficiency is especially important to us in Houston, TX, as it seems we use it nearly year-round.  The two measures are SEER and EER. The association that determines the efficiency of systems in the US is AHRI (Air Conditioning and Heating Institute). This institute is a trade association that represents equipment manufacturers.

For some reason along the way, our industry agreed to measure air conditioning efficiency in two manners instead of just one. We use SEER and EER to measure air conditioning efficiency. There is a problem with this: aside from confusing people with two measures, these two systems are not equally created. One is a better measure, especially for hotter states like Texas, while the other is seemingly a lesser measure. SEER,  the “lesser” measure, has risen to dominate the efficiency vocabulary of our industry despite this. Why? Are HVAC contractors as a result not always providing customers with the absolute best product?

What is the difference between SEER and EER?

Let’s start by explaining what each acronym means and why they’re so different.

These two terms are similar, but their individual words show striking differences in how they are each measured.  Simply put, SEER is measured on the overall average efficiency of your system over the course of a year. Throughout the year, external temperatures vary from lower to higher peak summer temperatures. On the other hand, EER only measures system efficiency in a high-stress environment, with an external temperature of 95 degrees. Since there is less overall load when a unit is measured for SEER, it always ends up with a higher number than EER. For example, a system with an efficiency of 13 SEER may have an EER of 10.5.

Sure, EER and SEER may be viewed as related measurements. However, if they are truly one then the industry should move to a single standard rather than two. We don’t do this because they are not always equally correlated. To prove it, look at these related RUUD high efficiency models.

The SEER and EER of each system is given side by side.  Compare the three-ton to the five-ton(#3 vs #5 in left column).  They have the same stated SEER of 18, but the larger system has a lower EER. This makes sense since the system is made to cool a larger space than the three-ton.

Why It’s a Problem to Look Only at SEER

Too often, consumers and contractors alike look only at the SEER ratings on HVAC units. We cannot assume when two air conditioning systems have the same SEER rating that they will have equal efficiency in “high stress” scenarios, especially in Houston. In the case of many southern states, a 95-degree day is relatively normal, meaning the EER rating reflects the actual efficiency of the system much more accurately.

Why did SEER win?

If EER is better for determining efficiency, why do we hear so much more about SEER? This is likely because of the language used by the DOE (Department of Energy). Government standards for newly manufactured equipment have had a minimum efficiency of 13 SEER since 2006. It appears we have a top-down issue. If you’re interested, check out this DOE Fact Sheet.

Contractors and customers (especially in southern states) should not overlook EER when comparing HVAC systems. That’s why at Mission AC, we take both ratings into account while helping you choose a new unit.